The steering damper was not our priority. Honestly, we did not focus on buying it at all. We have been riding motorcycles for a few years and so far we have not had a situation when our skills were not enough to get out of trouble in the situation of uncontrolled handlebar movements, called shimmy. The fact is that we have never experienced real, cruel shimmy… We had some situations when the handlebar started to wobble a lot, but not enough to lose control over the vehicle. Ufff, luckily for us!

I made a decision to buy the steering damper after Monika broke her wrist in the crash. Initially, as a reason, I suspected shimmy or at least strong vibrations and movements of the handlebar and then the loss of control. However, after analysing the video and listen to the story told by Monika, my suspicion was refuted. But the idea began to sprout in my head and there was no chance to weed it out. 😉

On the one hand damper should exist on the market long enough to find some opinions about it and on the other hand, it should not ruin the already strained budget intended for modifications of motorcycles. Hmm, it did not look that simple. A steering damper is one thing, but the method of assembly requires additional elements, handlebar holders, etc. Those cost almost as much as damper itself. In summary, the amount is huge, and we have two motorcycles to put them on…

It turned out that a damper manufactured by an Asian company has a pretty good reputation among its users. It looks like a copy of a stabiliser from a leading manufacturer. On the Polish forum of KTM lovers, several motorcyclists have been using them for some time. Their positive opinions, descriptions and conversation with one of the guys (over 20000 km of trouble-free use) gave a flicker of hope. Looking for more information about it, I came across a few more positive opinions. Of course, there are also negative ones, but these are not the opinions of users, but only those who deny the usability of Asian products. I am not saying that everything from that market is good, but not everything is bad either. Look, half of the devices in a typical household were made in China.

As the price is definitely more acceptable, I ordered one for Monika’s motorcycle. The reason for choosing her motorcycle was a problem with unbalanced wheels. At about 90 km/h the handlebar liked to vibrate. I know, I should balance them and I will do so, but only after testing stabiliser. After all, it is the best way to check its efficiency and I could not waste the opportunity.

After receiving the parcel, in the first free moment I ran to the garage to start the assembly. No instructions, but really not necessary. I quickly and easily dealt with the change of the damper mount, the handlebar holder and I have put the shock absorber. I only spent a little bit more time replacing the steering lock pin. The reason why locking pin has to be changed is a different distance from the frame after installation. Ignition has to be stripped to pieces and the mentioned element changed to the longer one. I did it for the first time in my life and that is why I approached it with caution. In the end, I find assembly very easy because the construction of the element is as simple as ABC. 😉

During the test ride, I was able to go about 120 km/h without any noticeable movements of the handlebar. Good, it works!! Now just to deal with unbalance wheels problem.

The only thing that did not fit in 100% was the bottom part of the steering damper pin assembly. It has the shape of an upside-down T letter. Attached to the frame sticks out a little on the sides and does not allow to mount plastic elements. The options are to cut small holes in plastic panels (they do not have too much function to perform) or to cut the excess of the pin what I did.

Before assembly, it is good to remember that the handlebar will rise slightly. About 2-2,5 cm, but I do not remember exactly. For this reason, it is worth to make sure that all kinds of hydraulic cables, wires, throttle cables (up to 2013 model) coming to the handlebar are long enough. Raising the bars showed the problem of too short clutch cable for such a transplant. Everything seemed to be OK when the front wheel was pointing straight forward. But attempts to make a maximum turn ended up with a lot of creaky noises while cables were stretched to the limit. Hydraulic clutch cable got some more centimetres after I released few fixing to frame points and moved other parts of the way. Throttle cables were long enough and I did not have to modify the way they run from the throttle body.

Time will show the usefulness of the steering damper, although after kilometres done with it I can already see a difference in motorcycle reactions and stability. 🙂 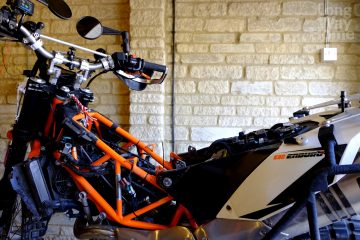 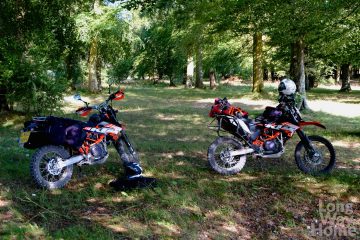 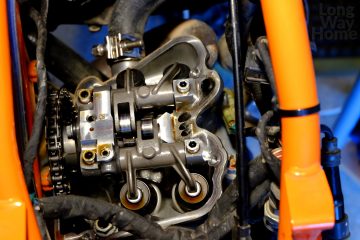 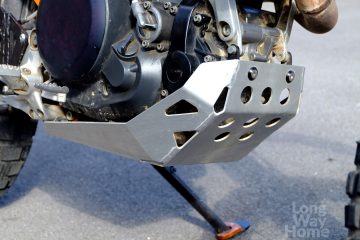 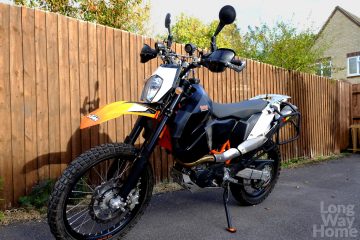 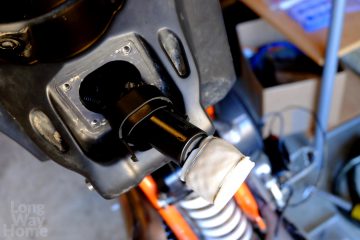 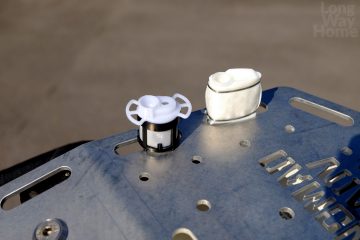 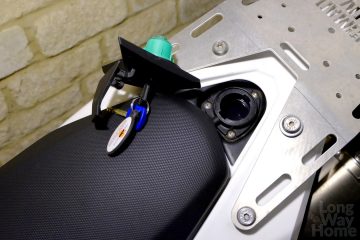 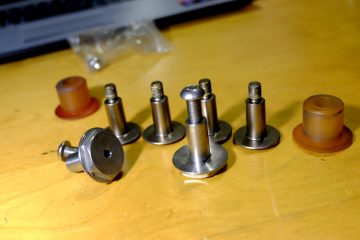 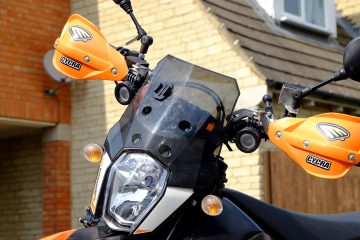 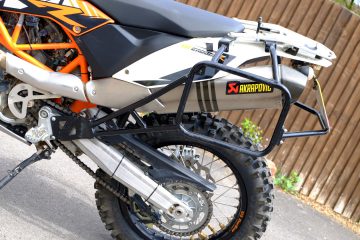 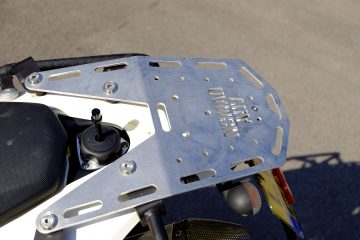 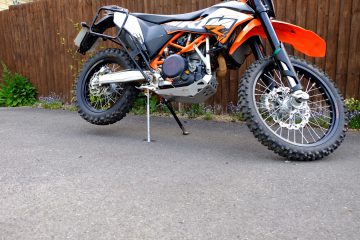 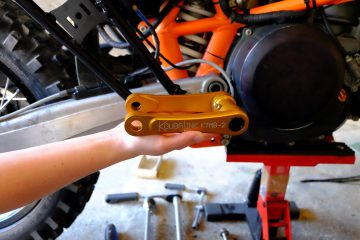 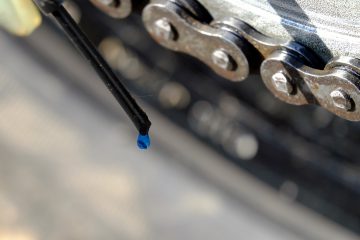 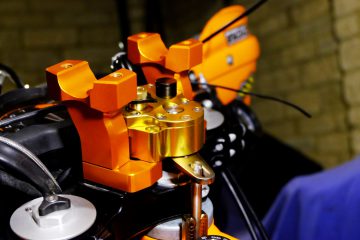 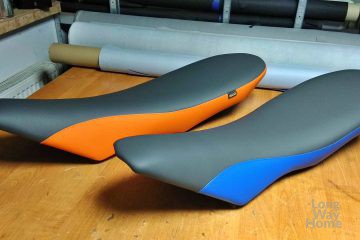 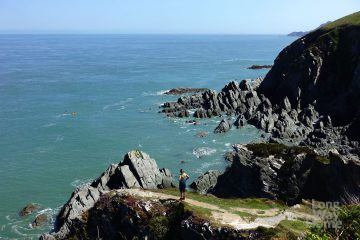 Three months ago, the world stopped. At one moment we all lost what was usual and ordinary for us – the ability to travel freely and meet other people. Everyone had some plans and everyone Read more…

Time for the second part of our video from Eurotrip that we have done last summer. Enjoy watching!

For those who want more excitement than the article and photos from our summer Eurotrip, you are welcome to see the short video from the first part of the trip. Enjoy!